…The fire churned, a thousand tongues of yellow and orange licking against each other and stretching into sooty wisps of blackened air. The tongues changed to waves on a molten sea and the sea’s frothing sprayed outward and thickened into the copper wings of a hellfire beast. When the inferno reached full wingspan, an image emerged from the center of the canopy and immediately gained substance.

Raphere sucked in hot air through her nostrils as she squinted against the brilliance.

A woman’s face stared downward with irises like circles of blood. Both sides of her face bore ink markings, thorny vines, serpentine and coiling, from her chin to her jet-black hairline. Braided and matted with clay and dried blood, her hair fell in thick locks. Cruel lips pulled back to reveal teeth filed to vicious points. Though the face was different, her eyes revealed her identity. Raphere knew their fury all too well. In horror, she shrank back upon the grass… 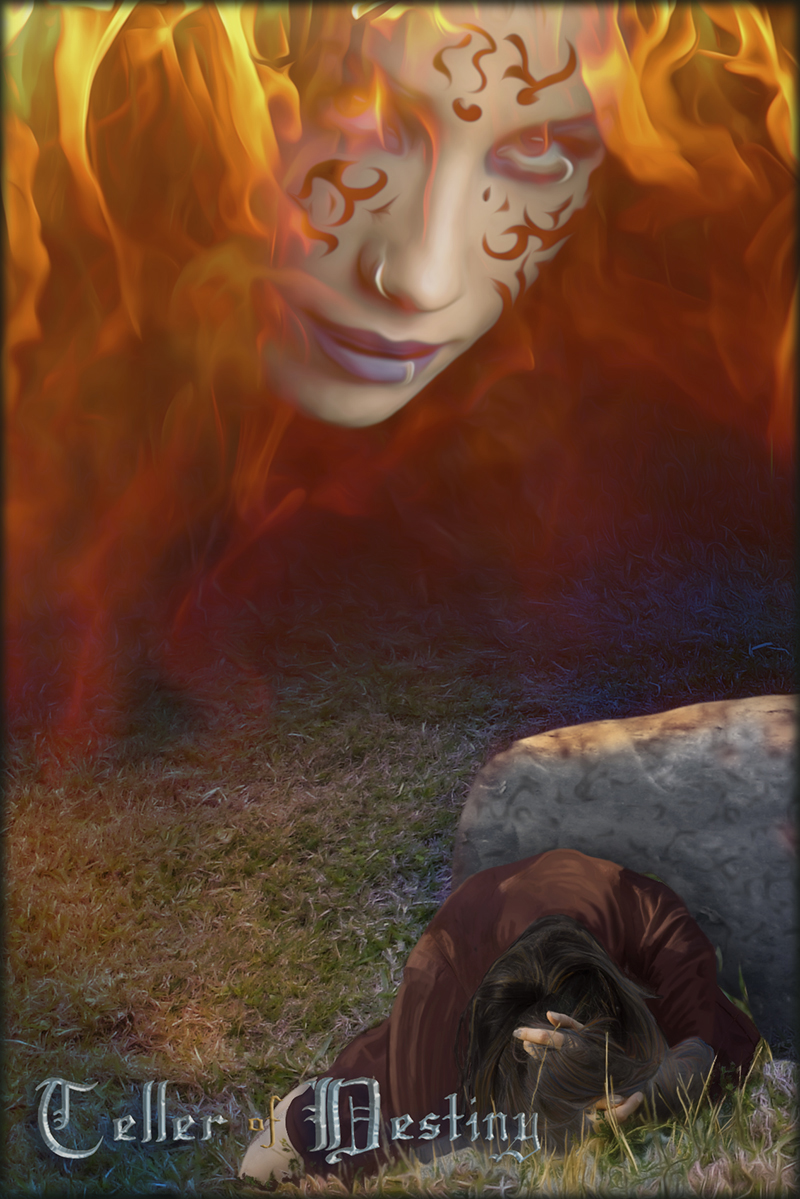 The white wanders and Dark Lords have had almost countless life cycles. They return to Continue to remember their pasts and to mourn the passing of what used to be their land–their world. Each time, they are born to mortals, and so, take on the physical characteristics of their mortal parents, but they can recognize each other through remembrance. They can also recognize the mortal-minded who have no recollection of  earlier lives. Also the ancient magic-welders do not switch genders, with the exception of a few.

Use the Back Arrow for more…